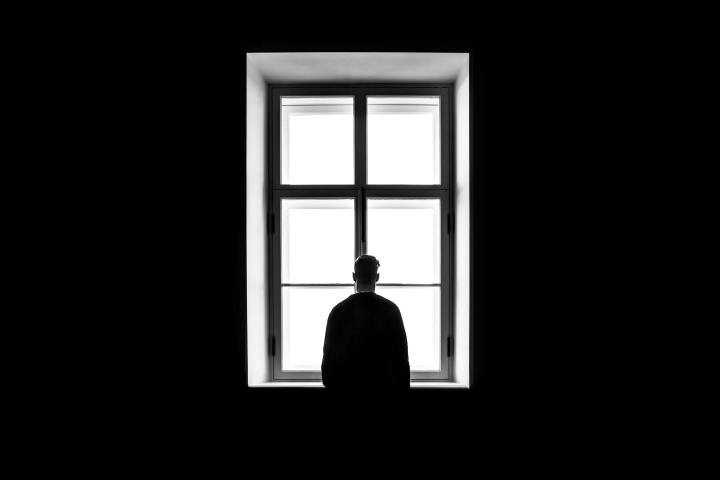 For a while, an acquaintance I made online has been having a hard time. She still is. I don’t know what made me feel like contacting her directly. It started with her tweets I suppose. It’s not every day someone just tweets about their depression and basically seems to have given up, publicly. I still don’t think that was it. I think that what really got me to send her a direct message was that everyone replying to her tweet was saying very generic things like, “we love you” or gifs of some movie character saying as much. I realised that there was something inherently wrong about most online interactions.

One could be reading news about a bombing in Iraq and, at best, we’ll just comment with an emoji or, occasionally, maybe we’ll be a little more descriptive. Then it’s usually more generic comments like, “I hate Trump” or “Let’s boycott negative feelings!”. The cycle goes on, what’s worse is that most of us are becoming alienated from ourselves. I don’t say this with derision or malice, but the majority of people merely follow the “next trend”. They don’t know who they are anymore and just regurgitate whatever the general sentiment is, hoping to fit in and get along. And if we’re honest, we all do it sometimes.

In some way, our generation is a novelty. Humans never had this much knowledge, news and viral decapitation videos at their fingertips in the past. We are so overwhelmed with the most devastating and outrageous news that at some point it just became everyday life. Someone jumped off a building and crashed to his death? I’ll like the video to show my empathy. Our feelings and thoughts have been reduced to clicking a heart or tapping a thumbs up. That’s the extent of our interaction with world issues. Whereas our parents would take to the streets and demand change, and actually made a dent; we make up hashtags and vigorously tweet for change.

Deep down, I think we all feel more powerless than ever. Back to the subject of my online acquaintance. So, I texted her and just opened the possibility for us to correspond. I am a decent listener when I actually try. The message I sent her was something to this effect:

So, after sitting with that text for a moment, I decided to send it. What’s the worst that could happen? She might think I was a creep, tell me to piss off and I’d feel shitty but relieved that she still had that much fight in her, I guess. Well her response was better than I’d hoped. I’m not sure it would be decent to share her end of the discussion. If she ever reads this letter, I hope she appreciates that I left her identity out of it. But I digress, she thanked me and told me even those she called “friends” (the quotations marks were all hers) had not cared to write her. She told me a little about her situation, I guess talking to someone who doesn’t know you “in the real world” behind a screen is easier. Then she got very specific over the following days. I admit that this was far more intimacy than I had expected. I tried my best to shut up, listen and say just enough to hopefully help her resolve some of those issues. I thought it best to listen and let her vent. It can help to talk about problems and have your feelings acknowledged, I believe. Problems lose a portion of their hold over us when we contextualise them and talk about how it feels.

I’m not saying that I did everything perfectly. Sometimes, I really didn’t know what to say or write. It felt like the weight of the world was on that single woman’s shoulders. She was an only child with mental issues, with a mother whose mind had begun degrading, and with no health insurance in America. I had none of those specific problems. Perhaps, only the fact that my diabetic father had been diagnosed with asymptomatic covid-19 came close. But I didn’t tell her that, it felt like I would have been hijacking her chance to vent. Moreover, I had no direct experience. I am not a woman, living in corporate America, with depression and mental health issues with a mother that she’d described as narcissistic with even worse age-related mental issues. Hence, all I did was listen and try to offer encouragement, to remind her to keep walking through the storm to sunnier places. That’s the best I could do for someone whom I could not see, hug or aid in any way beyond my words.

Little by little, she seems to keep pushing through. Her story is truly a saddening one. She lost her job, her best friend bailed on her, and she had all the above to deal with, all on her own. While she suffered through this and Twitter made us friends through mutual-followership, no one really knew what she was going through. This made me viscerally realise just how disconnected the internet really made us. With all the instant news, instant public figure-cancelling bonfire events, with all the causes we rally behind en masse.

When you go online, everyone’s making their own noise, my twitter feed is basically an infinite ad scroll. It doesn’t help that we are quarantined and that most of us primarily live online. This made me feel like reviving the Dear Yu letters (now less silly and just Dear You) that I used to write in college on my blog Mosaid’s Universe, back in 2015. Once in a while, it found the right person who needed to hear/read those words.

So, just in case you find yourself isolated and have no one to talk to, too. I’d like to offer a listening ear and submit my email here (tourewriter@gmail.com) and the next Dear You letter might be dedicated to you. I won’t ever reveal your identity and to be frank, I might just only reply directly to you and never write about it here. Most of the time, when I first wrote these letters, they used to combine several individuals’ stories, so I think I’ll stick to that.

These are really tough times. Many of us have lost loved ones. Hopefully, the finish line to this dramatic year’s story is near. But I want us to foster a different online culture. One where we actually care for those we call friends online, or in real life. To what end does one accumulate thousands of followers/digits on a screen without ever caring for a single one of them? At the very least I wonder if among those followers/friends, one can truly make a difference, no matter how slight, in at least a single person’s life. If so, I believe that is worth more than all the Facebook likes in the world.

Quote of the day

“If your actions inspire others to dream more, learn more, do more and become more, you are a leader.”
-John Quincy Adams